Hi! Welcome to Plates for Plants, where I, Natasha, post about my food adventures. Keeping it plant-based, low fat and gluten-free are very important here. (read more...)

Growing up, spaghetti sauce in our house was always vegetarian. Even though my brothers often asked my Mom to add in some meat, she very rarely relented and just stuck to her veggie filled recipe. Although once or twice she accidentally added way too much spice in the form of new hot sauces from New Orleans, or a loosely tightened cover dropping far too much cayenne. Those dinners were filled with tons of water and bread!

Her recipe was filled with specific veggies, spices and canned tomato sauce. It was delicious and quite labour intensive as I remember. She still makes it to this day and I look forward to enjoying it when I visit. However, in my own house, I neither have the slow cooker or all the spices and I try to avoid canned anything these days. Since we buy our produce in bulk and in season, I also find myself making variations of this sauce every time I make it. I also like to rotate my spices and herbs so that I actually use them, I've been lagging on that as of late so I have some that really need to be used up so I can have an excuse to buy new ones.

Simply put, my recipe tastes similar in many ways, but is different every time. I love variety and being resourceful with what I have in the fridge. This time around we found amazing local heirloom tomatoes for $15.00 a case, and while we tried to et them fresh, there was just too many which is exactly why I chose to make me some sauce. Going from there, I had red onion, zucchini, carrots and red peppers, and into the pot they went!

Simple comfort food at it's best, pre-made sauce just cannot hold up to this. This is also a quick prep recipe, although it takes a few hours to cook, it only requires minimal attention. 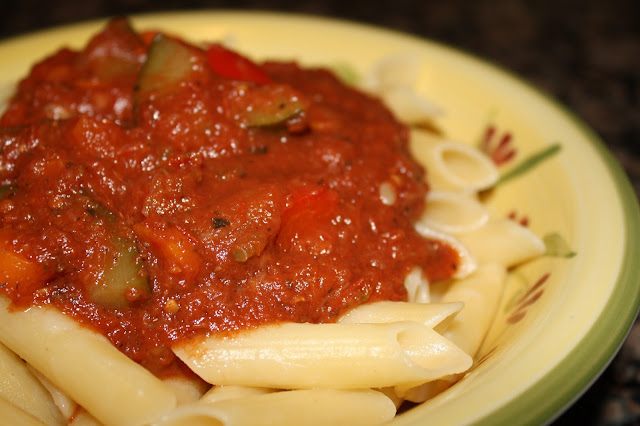 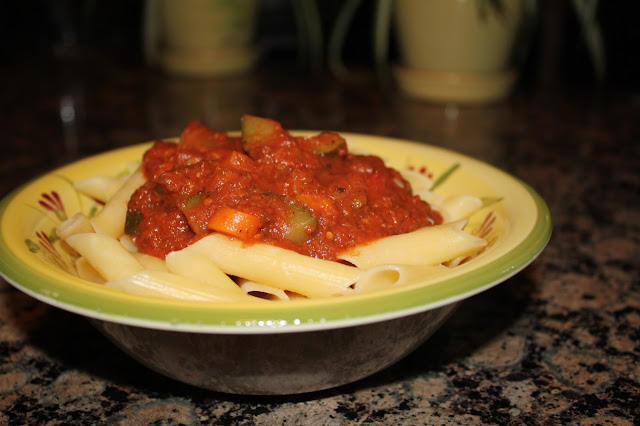 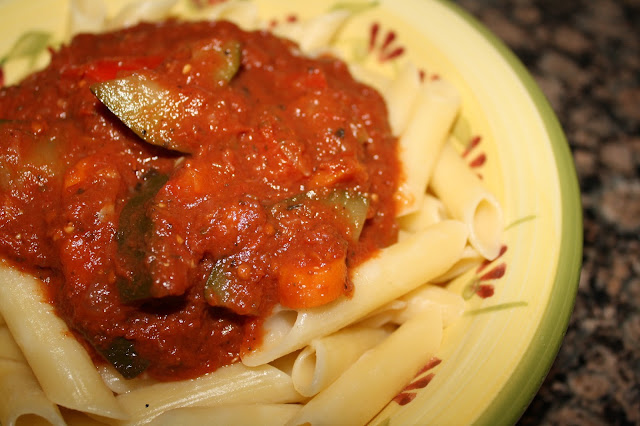 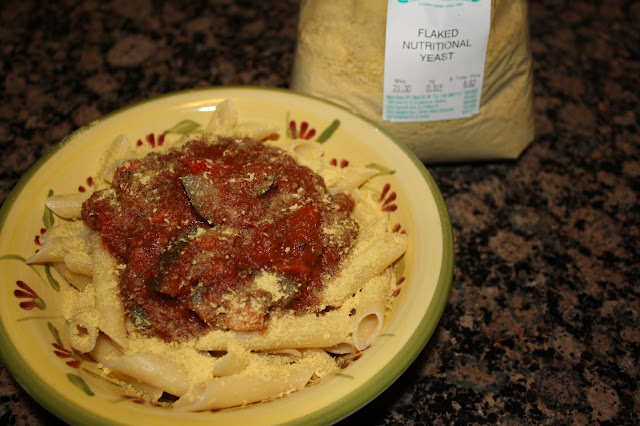 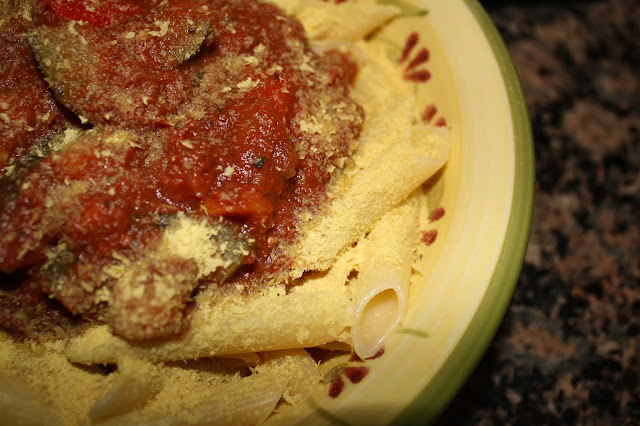 A similar recipe to the spaghetti sauce I ate growing up, this recipe is versatile and somewhat labour intensive. It makes a huge batch for several meals though and can be used to make lasagnas and other pastas or casseroles.